Sunday night we were sitting outside as the sun fell behind the mountain. It was cooling quickly, breathe out, relax. It was easy to lean my head back in the chair and gaze up at the sky. That’s when I saw them. I had not seen them for several years, but I’m not a birder and don’t go looking for nighthawks. Once you have seen them, they are hard to forget and hard to ignore. 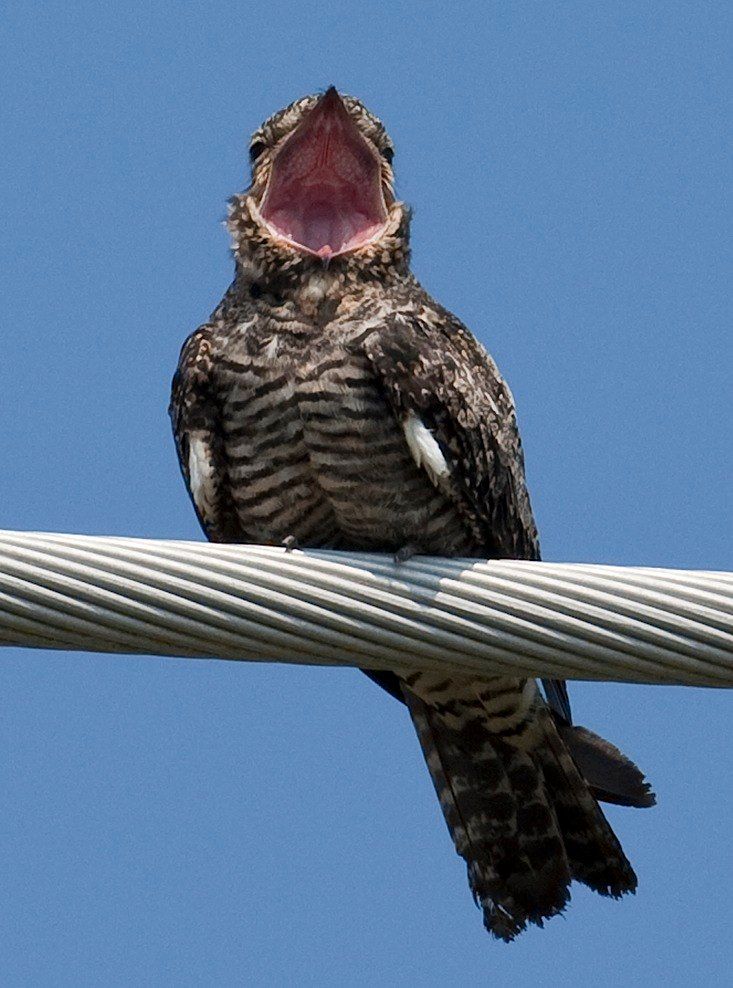 Maybe 20 years ago I was on a farm near Bacova and walked up onto a pastured ridge. There were hundreds of birds flying fast over the pasture all within the first 100’ above the meadow. I walked out into them and they paid no attention to me. They were Common Nighthawks and it was early September. I came back the next evening at the same time and they were gone. I’ve only seen them a few times since then.

Until Sunday night. I ran inside to ask everyone to come out and see them. Yes, I was a weirdly, over-excited old guy yelling hurry hurry. Some birds, more than others, make flight seem beautiful. Nighthawks do. To me they look like kin to Whippoorwills and I think they both focus solely of insects in flight. Their mouths have hinges way back on the side of their heads so when it opens, it is a huge, open mouth. Then God and evolution gave them one other cool feature: fans of stiff whiskers at the corner of their mouths that help catch more bugs. Sort of like a baseball catcher’s mitt compared to a second baseman’s glove.

They moved on and I couldn’t find them the following evening. A beautiful sight passing through.